There is a certain amount of brutality in Thorn Birds. No, it’s not brought about by bloody and violent scenes, not even implication to human injustice. It’s the kind of brutality you feel when you are confronted by truths that ultimately destroys your faith on other people, yourself and the possibility of unconditional love. 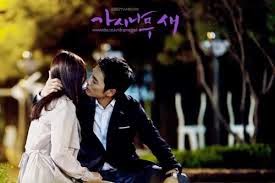 Misunderstanding and juvenile musings destroy the friendship of the young Seo Jung Eun (Han Hye Jin) and Kim Mim Jung (Han Yoo Kyung). When they meet again in their adult life, Han continued to harbor hatred that prompted her to take advantage of her bestfriend’s kindness, love and vulnerability. This leads to Kim taking everything that belonged to Seo and leave Seo with everything she didn’t want in her life but just as when she thought she successfully trade places with Seo, she realizes that everything she threw away is what she has always wanted.

This turns out to be the most brilliant aspect of the series. As it is common in Korean TV series (or on any soap opera from any nation) for that matter, the main characters seem to be the ones that make the most stupid decisions. What sets this series apart is the courage of the writer, Lee Sun Hee, to be honest on why the characters do what they do. The motivations behind their actions, their decision to love, to stay, to give and to sacrifice isn’t always romantic, it’s not always ideal but it is the truth.

“It was a matter of several people lonely, sad and desperate to find a place to belong to,” Yun Myung Ja said as she explained why Seo decided to make all the sacrifices she made despite the obvious misery she was facing.

It was hard to swallow because, as a viewer looking to suspend reality, you want to hear that her reason was no less than the purity of her heart and not desperation. The series, however, seems bent on portraying a story that’s closer to human tendencies.

The fact is that people don’t always do good because they are good. They don’t do evil simply because it is evil. Our actions are always motivated by our need. It may be a basic one such as food and shelter or something a bit more complicated like family, acceptance… a home. It’s all a part of our quest to be happy. 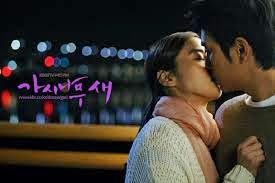 But It Also Builds a More Idealistic Idea of Love

Although desperate for a family, Seo never intended nor readily accepted the community being offered to her. In fact, she struggled to make sense of her situation when she found herself stuck with people she barely knew. However, she found herself unable to let as she saw herself in the people around her and realized that she couldn’t do to them what others have done to her.

She made the most out of what she had. She forced herself to stop pursuing her original dreams and make her present reality the paradise she has longed for. It was only then did she start actually loving. She learned to love despite knowing the full extent of people’s imperfection, despite the certainty of eventually losing everything and despite the reality that everything she has will never be truly hers.

How many people can love the way she did given all those situations?

Yes, she starts out with hesitation and builds up towards desperation but she lived through the rest with love.

Lee Young Jo (Joo Sang Wook) is the object of affection of both Seo and Han. The first part of the series portrayed him as a weak but rebellious son of a millionaire who has been so sheltered that he lacks the with and intelligence needed to make it through life. It showed in how he allowed himself to be manipulated out of the business he inherited, twice. It was evident in how he chased the woman who admitted liking him for his money. It was obvious in how he believed people instead of the truth.

It was as if all the cliché of a female character have been thrown to him.

Until that moment when everything is revealed and he instead of breaking down, he walks away calmly.

“Why aren’t you angry?” He was asked.

It was the first sign of intelligence and a glorious one at that. 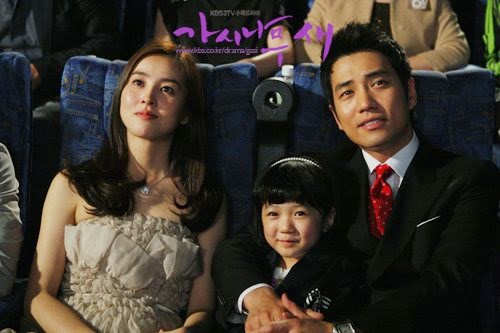 This is not the first series or movie I have seen of Han, Joo and Kim but this one is a real revelation, a showcase of how the three have matured in interpreting roles and adding dimensions to their character.

Han was a classic Cinderella, alone, poor, kind and pretty. She could have very well played it out that way. She would have ended up being just as sympathetic. Instead, she was just as fearless in laying out the humanity of her kindness. She didn’t hide the desperation, her greed for the emotional gain that her kindness with bring.

Joo was just as intelligent in his characterization. He deliberately plunged himself to a sea of weakness and vulnerabilities because he recognized that it will only highlight the value of the experiences his character is to go through. When he reached the bottom, the process climbing up became more than just a device for him to find love. It became a journey of maturity, the maturity he needed to make the most emotionally intelligent decisions he made in the film, to love those who deserved to be loved and forgive everyone else.

Yes, I recommend this drama to anyone who is looking for something that’s emotionally charged but intelligently written. It’s not perfect and it can get into your nerves many times but if you are willing to bear the pain of the characters, you will find your reward in the end.
Posted by K.G. Raymund at 12:24 AM