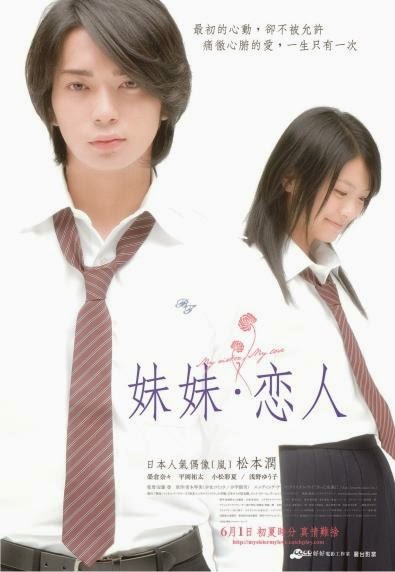 However, there is a considerable difference between the manga and the movie. In fact, the two areal different that I am "forced" to review the movie in total isolation from the manga. Forced because I don't want to. I have always been the kind that pays respect to the original literature which is also the reason I often end up being disappointed with books turned into movies.

However, this movie is just so different, from the storyline to characterization that it has to be treated in isolation.

Yori and an Iku Yuki are twins but Yori falls in love with his sister, Iku. After holding back his feelings for so long  it became unbearable that he had no choice but to cross the line from being siblings to lovers. However, as both realize that love may actually not be enough to keep their relationship going, they must make the decision whose hearts to break, theirs or the people around them.

Click here to read about Sway, one of the best Japanese movies I have ever watched.

Love always have a reason. That's probably the opposite of what we have all been taught about love but that's part of the tragedy of making movies, you always have to provide motivations for people to do things. Yori falling in love with his sister was one major event that needed motivation. Perhaps due to lack of time, the movie used one scene in the twins' childhood as the motivation for Yori falling in love.


The problems is is that the director assumed that one single scene is supposed to convince the audience that it was enough for the audience to understand why Yori crossed the border between siblings that many others never dared. Such an intense emotion deserves a corresponding intense motivation.

In fact that one scene didn't even provide the audience the reason why Yori fell in love with his sister, it just showed him already in love. The film marks assumed that the audience will simply accept that such an emotion will be sustained through adulthood. 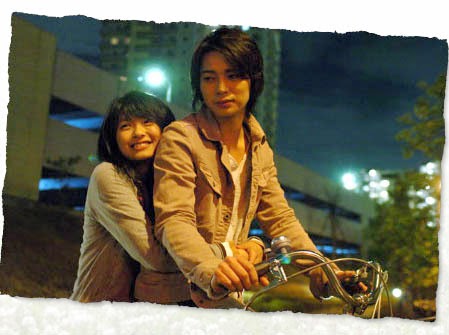 The result is Yori appearing like a total inconsiderate and inhumane jerk whose selfishness and lust know no bound. He wanted his twin sister despite knowing the possible consequences. He knew he was going  to hurt his parents and, more than anyone else, his sister whom he claims to love,

It casts doubt on whether he really love his sister or was it simply lust given that they continue to share a room.

On the  other hand, Iku seems unclear how she feels. There was little resistance in the beginning but there were very little signs that she loves him the way he did her too. Not even as their relationship progressed. She seemed to have developed a love more intense than that of his brother which prompted her to be more possessive and dependent. However, it may be argued that it was just her comfort zone. After drifting away from his brother after a lifetime of dependence, she finally made it back.

There is a visible effort to keep the whole movie confined. There are very limited wide shots to display some cinematic aesthetics. It was almost suffocating. The rooms were small, the shots were tight and, at times, feels crowded despite the lack of stylish production design.
This may be a part of the director to match the emotions of the characters. In fact, the last scene, when the two characters finally made a decision on where to take their relationship, was the most notable scenic shot in the film. It was a clear sign that the characters are finally free.

To that extent, though the cinematography may not "beautiful", it was at least intelligent.

There is, obviously, a deeper thesis in the story but it offers it in a different form. While most movies would provide a definite stance or statement, this one offers more question in the end than it did in the beginning. I am not sure if it wants to question the nature of love or the nature of man's emotional needs and how it is affected by carnal desires. I am pretty sure that it is simply brave in the way it asked the question.

For it push the characters to commit incest and push it in depths very few films dare to only means it does deserve some credit or, at the very least, 110 minutes of your time.
Posted by K.G. Raymund at 11:15 PM